Consuming Queer: The Commodification of Culture and its Effects on Social Acceptance

Consumers have become attracted to "exotic" or culturally related trends. By extracting and consuming styles and characteristics associated with marginalized cultures, society eliminates diversity through homogenization. Recently popular television programs such as Queer Eye for the Straight Guy, which depicts the make-over of a straight male by five gay hosts, displays characteristics associated with the gay community allowing for the absorption of stereotypes. Following this, the configuration of the "metrosexual" by marketers has allowed straight males to adopt the positive queer styles. Discussion groups were convened to view an episode of Queer Eye to discuss the program and the portrayal of gay images. Focus groups indicate that the program is a positive sign of acceptance although it reinforces mainstream stereotypes. Both Queer Eye and the metrosexual are a result of the break down heterosexual gender norms and production and redistribution of stereotypes which generate profit in a consumer society. Instead of dispelling stereotypes, programs like Queer Eye re-inscribe and validate these images. While the presence of gay characters in the media shows a movement towards greater acceptance of homosexuality, the commodification of gay stereotypes demonstrates the hegemonic nature of mass culture and the justification of exploitation through tolerance.

Michael J. Yaksich
Michael J. Yaksich, Class of 2005, is a sociology honors student studying consumption and popular culture. Michael has presented work at the 2004 American Sociological Association's annual meeting and conducted research as an undergraduate fellow under Dr. Juliet Schor. He also serves as a Resident Assistant; Director of Gay, Lesbian, Bisexual, Transgender Issues for the undergraduate government; and is a member of the Order of the Cross and Crown honor society. 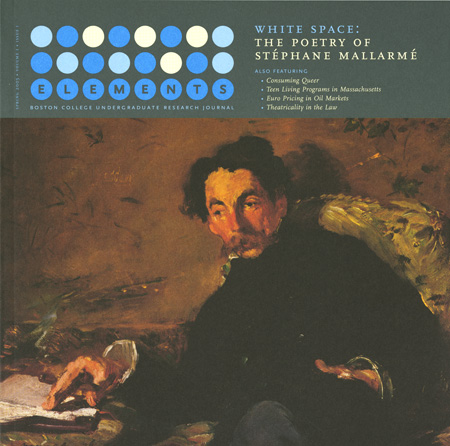