After the Fall: Reevaluating Whiteness in J.M. Coetzee's Disgrace

In light of the unfavorable way in which many white South Africans have reacted to black majority rule in contemporary South Africa, there has been a tendency to read J.M. Coetzee's 1999 novel Disgrace as a condemnation of the social disruption that has characterized South African life since 1994. While the novel certainly expresses a degree of unease over the politically precarious situation of whites in the new South Africa, such readings tend to ignore the complexities of both the novel and the politics of life after apartheid. Rather than an attack that describes white life as now essentially impossible, I try to understand Disgrace as a meditation on the meaning of whiteness in the new South Africa, one that seeks to leave behind the racist and imperialist discourses that previously defined whiteness as a social identity.

Brady Smith
Brady Smith is a senior English major from Cedar Rapids, iowa. He spent the fall of 2004 at Rhodes University in Grahamstown, South Africa, and is currently writing an honors thesis on the work of South African playwrights Athol Fugard, John Kani and Winston Ntshona. 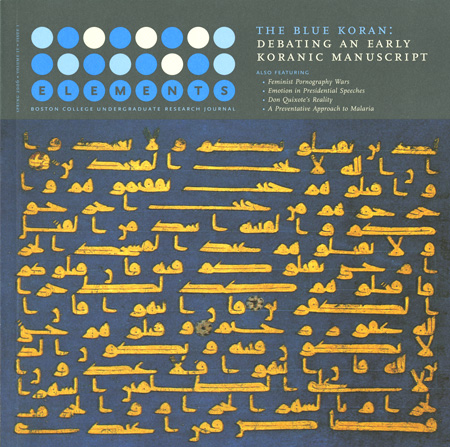