Iran and the Nixon Doctrine: American Arms and the Rise and Fall of the Shah

The 1969 Nixon Doctrine-which called for empowering American allies in order to reduce their dependence on the United States for security-has long been tied to President Nixon's aim of reducig the American military presence in Vietnam. However, notes from Nixon's 1967 meeting with the Shah of Iran suggest that the monarch heavily influenced foreign policy pursued by the future president. The doctrine also allowed the Shah to fulfill his regional political ambitions by facilitating the sale of billions of dollars worth of the most sophisticated American weaponry to Iran. However, as oil prices began to drop in the late 1970s, the Shah's defense spending began to have an increasingly adverse effect on the Iranian economy, ultimately contributing to the overthrow of the Pahlavi dynasty.

Alex Guittard
Alex Guittard is a member of the Class of 2011 in the College of Arts & Sciences at Boston College. He is a double major in Political Science (Honors) and Islamic Civlization and Societies. He speaks Arabic and Persan and conducted research for this article at the Richard Nixon Presidential Library near his home in Southern California. 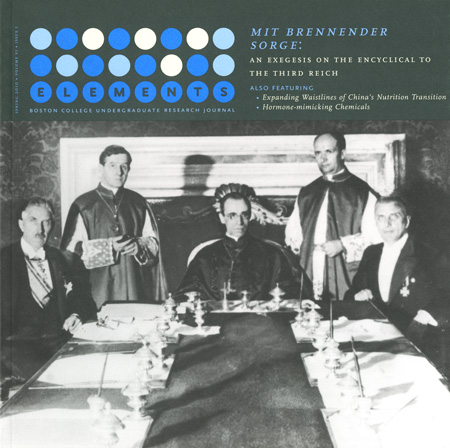