Through Him All Things Were Made

The Divine Ideas Tradition as a Medieval Synthesis of Science, Theology, and Liturgy for the Modern World

The medieval theological worldview was a synthesis of grace and nature that allowed theology and science to act together in a sacred and salvific pursuit of knowledge. This synthesis is beautifully expressed in the Divine Ideas tradition. In this tradition, the tapestry upon which ancient and medieval theology was written, created things existed by reflecting God’s eternal ideas of them. This gave all natural knowledge a Trinitarian dimension because the generation of ideas in the Divine Mind and of created things in the world was isomorphic with the generation of the Son, the uncreated Logos. In my paper, I will argue that just as all things exist as a primordial sacrifice of the Creator offered and known outside Godself through the Son-Logos, so we participate in that primordial gift (in beatitude) when we, recognizing the divine profundity of nature, come to a knowing of God-in-things—to use Meister Eckhart’s phrase. In this tradition, humans, made in God’s image, are ordained to participate in God’s knowing of all things, and to offer creation back up into Divine life by knowing and worshiping God through theology, science, and liturgy. The Divine Ideas model, then, would restore to the sciences a contemplative, salvific power in recognizing the mystical depth of creatures. I will examine theologians like Maximus the Confessor, the Victorines, and modern theologian Mark McIntosh as they see both scientific and theological knowing as a deifying participation in Divine life. I will look at the poetry of St. John the Divine and Thomas Traherne as it lifts the human imagination, illumined by nature and consecrated through liturgy into the life of the world to come. I will close by saying that this tradition becomes especially important in a world confronting the climate crisis. By recognizing the Divine dimensions of creatures, we see how the waste and pollution of the integrity and beauty of the wilderness blemishes the sacrifice of knowing and love that humanity is called to offer to God through theology, the sciences, and the eucharist. 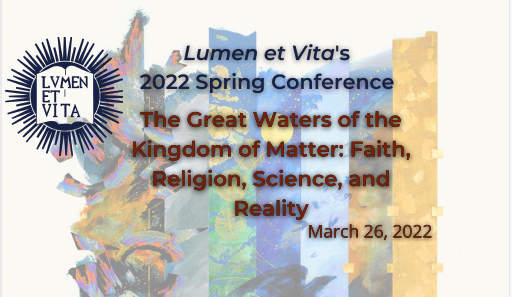